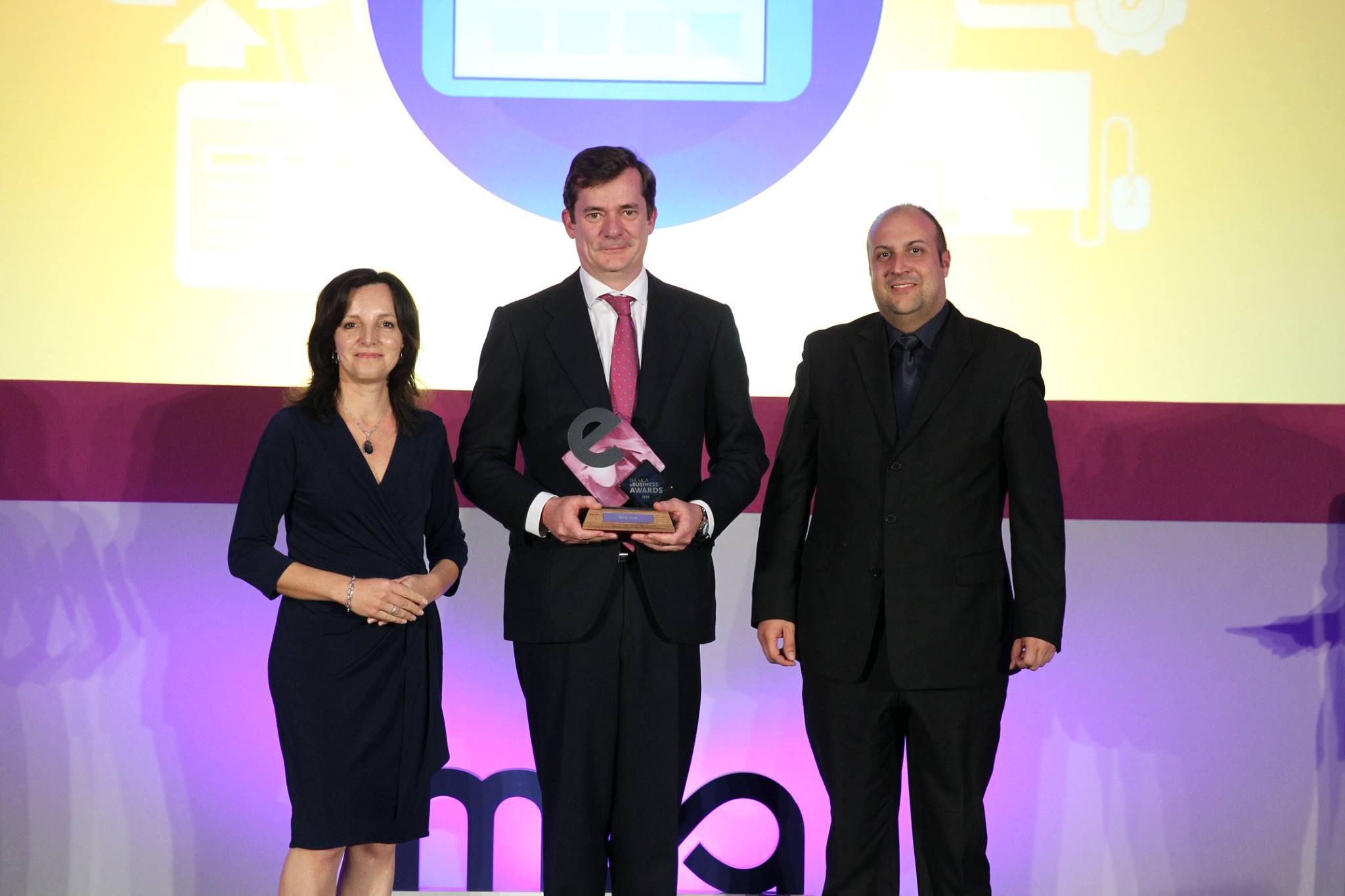 MAPFRE Middlesea together with Aktuaris is the proud winner of the Best App Award at this year’s Malta Communication Authority’s E-Business Awards.  The company won the award for its Motormax app, which was launched in August 2015.

MAPFRE Middlesea was the first insurance company in Malta to launch an intelligent insurance product, designed to provide affordable insurance to young drivers, based on their driving performance.

The Motormax app is fed data from a small car-mounted telematics device which empowers drivers to keep tabs on their driving patterns concerning parameters such as speed, mileage, and time of driving measured on a 1 to 4 scale. Driving performance is then calculated daily and diligent drivers are rewarded with up to 40% off their insurance renewal policy.
The app also includes real-time car localization, driving habits statistics, and a parking timer which reminds drivers to move their car.  It also includes a feature to call assistance in case of emergency. The app can be programmed to send email and SMS alerts, for instance, if one exceeds the speed limit.

The awards ceremony was held at Intercontinental Hotel, St Julians, on Wednesday 16 March, and the award was received by the company’s CEO, Felipe Navarro, and Aktuaris CCO, Simon Bugeja.

“It is an honor and a pleasure to receive this award. We at MAPFRE aspire to lead the markets in which we operate through innovation and vocation for service.  This recognition is testimony that MAPFRE Middlesea has a clear and focused client orientation and utilizes technology as a differentiator to improve the customer’s experience,” Mr. Navarro said.

The app was entirely developed by Aktuaris and is available on Google Play and the Apple App Store.